Spring Is Coming to a New Second Life

Linden Lab® CEO Ebbe Altberg and VP of Product Grumpity Linden made an appearance on the Friday, Feb. 21 episode of the YouTube series, Lab Gab, hosted by Strawberry Linden. The show started off with the answers SL’s community has been waiting for: what the future holds for Sansar™ and what does it mean for Second Life®?

According to Altberg, Linden Lab has no longer the funds to sponsor Sansar™ and is currently looking for a new owner to take over this project; until then, Sansar™ remains open to users. Detailed information about the future of this social virtual reality platform will be released in the next few weeks.


“…sadly we have decided that we as Linden Lab®, couldn’t continue to sponsor the project financially, so we’re looking for a plan B for Sansar™ to continue. I can’t say much, but we’re having very interesting conversations with several parties to help that project move forward, which I’m really excited about. But no deal is done yet. People will just have to be patient and see what happens with it, but yes it is true that Linden Lab® going forward will focus entirely on Second Life® and Tilia.” - Ebbe Altberg

With the exit of Sansar™, Second Life® stands alone with strong financial support and a number of projects that will improve the platform in many ways:
The Cloud Uplift is the n. 1 priority on the long to-do list of the staff at the Linden Lab®, and with a good reason. Our world's "engines" are 2 generations behind and this migration is imperative for the health and longevity of Second Life®. Such job much be done meticulously to succeed and open doors to exciting new projects. An improved platform will hopefully attract more users to our virtual world and here, is where the marketing team must find a good balance between being aggressive on promoting our world and its commodities, and continue to maintain great communication with the residents. Just like the “Name Change” contest, it would be great see other contests of same nature offering free Linden Homes, free Premium or Premium Plans or a rent-free land for an extended period of time - a great way to advertise and boost the community’s morale.

Once this tremendous task is completed, I believe this will be a refreshing, new beginning for Second Life®. And speaking of new beginnings, it is almost time for spring. A delightful Victorian spring. 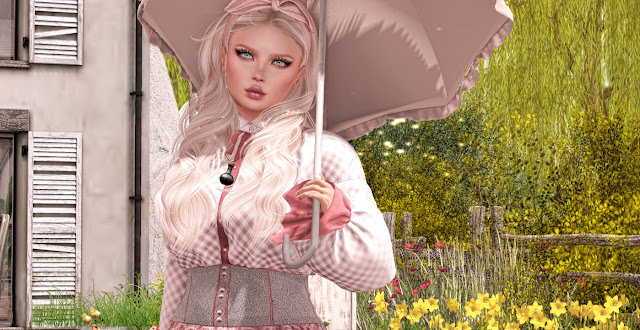 Second Life® and Sansar™ are trademarks of Linden Research, Inc.
Posted by PewPew Zero at 7:34 PM