Chronicles of Counter-Earth: The Battle of the Meters (Part I)

A few weeks ago, I took some time to explore a beautiful role-play region called Vikings, and during my short visit, I had the opportunity to play with an interesting combat meter called HIT Combat. Weeks later, another story-line took my character to a region that also had the same combat system. But this time, I was in Gor playing with something called HIT Gor.

Just in Gorean role-play sims of Second Life®, there are now three combat meters to choose from. Although some of the features can be a laborious process, the whole experience is fun and surprisingly strategic. But, what is the HIT Gor meter? What are the other available meters for Goren role-play and combat? What are the main differences between them? Where can I find these meters? – being a role-player in the community, I am determined to answer these questions for you and give my input on what features I would like to see improved. Readers are invited to keep the discussion going in the comments below; give us your opinion and what can be done to further improve them.

Let it be clear: I’m not here to diminish the meters or their creators in any way, shape or form. We all should be appreciative on the time and effort the developers dedicate to maintain these gadgets running properly, providing us with endless hours of fun. Glitches happen and bugs are predictable in the age of technology. If you encounter a problem with any of these combat systems, send a notecard or IM one of the team members. Leave hate where it belongs: in your mom's basement.

The Gorean Meter has been around since the dawn of times; since Nov. 20, 2007, to be exact. At one point and if memory doesn’t fail me, the Gorean Meter was the only meter role-players had access to. During GM’s golden years, Gorean role-play was thriving and growing; a number of mIRC users migrated to Second Life, looking for more exciting ways to play their characters. The approachable combat was thrilling for this new crop of role-players but, it also turned out to be the downfall of the system. As the years went by, weapons and overall combat became more refined; players started to report a number of glitches; and other users were determined to find ways around the system to win the game. The overwhelming request of support from the community rooted an irreparable relationship with some of the administrators of the Gorean Meter. A few months later, the zCS meter was born and the rest, well...is history.

Competition is here, but the Gorean Meter endures through times. There are loyal users that support and encourage the use of this meter, and such is clearly visible across a number of BtB and GE regions. The Gorean Meter is plain, simple and it works.

Next month, the Gorean Meter will be 12 years old and to be honest, I expected to see much more from this system as it reaches another milestone. The GM Crafting System was something I truly enjoyed to play with – believe it or not, you had to craft bandages using raw materials, which you either had to purchase with your coins or steal from role-play servers or other players. The system promoted role-play, combat, and a whole lot of land exploring. Twelve years later, I expected to see a flawless meter, and a bigger and better crafting system. Instead, the project was abandoned and the meter has fewer features than it had 10 years ago. The GM support portal has not been properly updated since last year and to this day, it continues to be difficult to hear back from the admin team when you reach out to them.

If you don’t fight on a daily basis, the Gorean Meter is for you. This meter delivers a satisfying sword/bow play, and the HUD is easy to understand. New users won’t be overwhelmed with a sheer number of options, making GM’s user interface perfect for beginners.

zCS is the #1 combat meter in the Gorean community and is slowly becoming popular with other fantasy role-play regions outside of Gor. We all love it and the set-up is a painless process. The system has several contemporary bells and whistles, allowing players to excel at swordplay, and discover exciting hidden features such as achievements. The beautifully-designed HUD and website presentation will make you feel right at home. What emerges is one of the most complete combat systems of Second Life with full access to community and individual statistics. As a result, combatants often check the leaderboards to work their way up to ultimate glory.

Although zCS does a tremendous job on statistics and meter updates, it does not deliver a clear explanation on how achievements are met or how the bank system really works; players are required to check the profiles of skilled fighters to learn more about it. According to one of the system’s administrators, there are close to 25 achievements and players are rewarded depending on a number of activities and earned XP. Surprisingly, these details are intentionally out of sight, allowing players to naturally earn these achievements and grow experience with the community. A proper level system might come at a later date and expect further improvements/updates to the system.

If you want to know more about the bank feature, you must contact one of the administrators to find out if your region is eligible for a bank or get busy in emptying the pockets of your captives. Back in March, the Sphinx interviewed one of the developers and published a few personal notes on zCS’ economy in gorean sims at "A Dream of Spring."

In terms of gameplay, zCS is unmatched - combat is crisp and rewarding, with a universal control scheme that makes it a breeze to pick up even for a new character.

Feel free to get a copy of both combat meters at the The Good Gorean HUB. Stay tuned for the second part of this article. 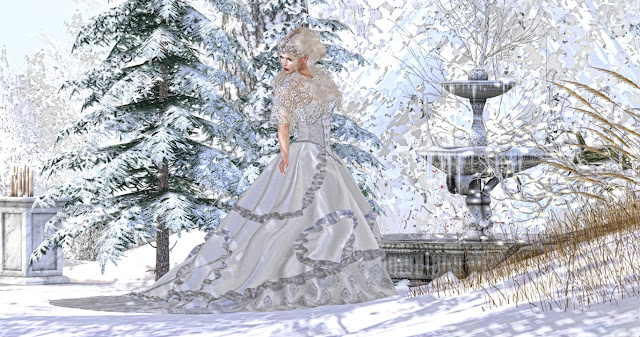 "Floral Lace Cape" from Caverna Obscura (299L. Includes Mesh Cape in Fitted and Rigged Versions With and Without Hood. Available in Several Colors) 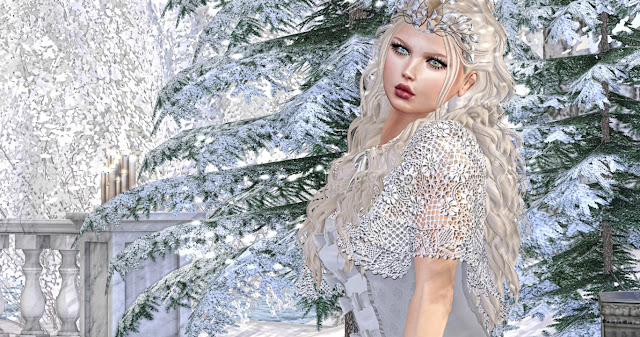 SL™ and Second Life® are trademarks of Linden Research, Inc.
Posted by PewPew Zero at 4:22 PM