Hello – here we meet again! I’ve been working on updating the GE Maps and it seems quite a few groups have vanished. Fall and winter months always bring more players to Second Life so hopefully we will see things turning around in the next few weeks. A few days ago, I also tweeted about a beautiful new mid-fantasy role-play sim opening soon on the old lands of Skerry. 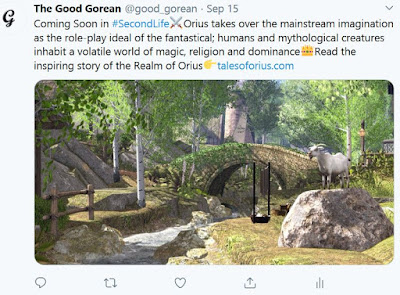 The story that leads up to the current time line is a joy to read and will possibly guide role-players to interminable warfare, infighting and bloody confrontations. Orius is filled with unforgettable characters and a world steeped in rich history and legend. If you truly love the fantasy genre, passing up the chance to play in this world would be an unbelievable mistake. The region is under construction but you are able to read the lore, explore your race options, classes, and combat guidelines at www.talesoforius.com.

Surviving on the fringes of society, Empress Matilda still managed to reveal her fine gowns. Remember when I mentioned about the pretty gowns at the We <3 Role-play event? This is one of them. I was also excited to see Amara Beauty back in the event - the Madelyn Skin is a stunning and can be yours for only 595L. You have until Monday, Sept. 30, to pick up these deals! 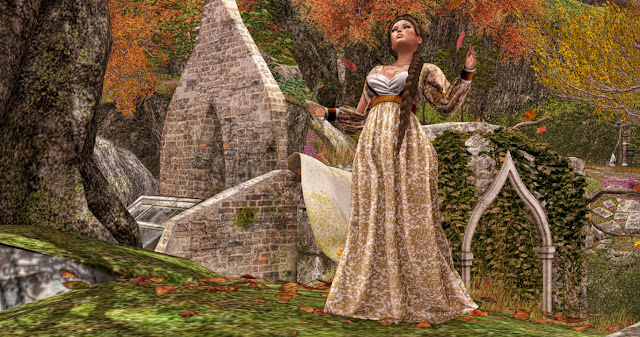 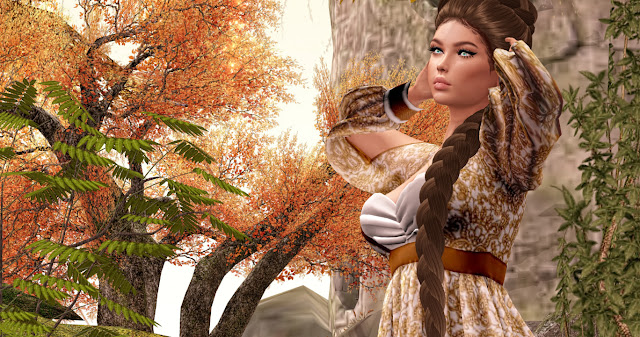 "Empress Matilda also known as the Empress Maude, was one of the claimants to the English throne during the civil war known as the Anarchy. The daughter of King Henry I of England, she moved to Germany as a child when she married the future Holy Roman Emperor Henry V. She travelled with her husband into Italy in 1116, was controversially crowned in St. Peter's Basilica, and acted as the imperial regent in Italy. Matilda and Henry V had no children, and when he died in 1125, the imperial crown was claimed by Lothair II. "
Posted by PewPew Zero at 6:51 PM