The Return of an Old Friend

It was a bright cold day in February and the Dark Swords were striking constantly at the gates of Turia. I was happy to see them. It has been months, many months, that they have been hiding in the shadows, but now it seems they have sharpened their swords and revived from their long, winter sleep.

In fact, I have been in their Discord. They are alive, rather cheerful, and eager to flow their arrows against their enemies. They are still working on their raid-leading tactics, but let’s not forget that DSO is still the oldest group in GE, and in the past week have been climbing spots quicker than a kite’s flight in ZCS list. In fact, they are already in the first spot!

Argentum is consistently in second place as the global traffic fluctuated pretty much in the same levels during the past week, between 3.2 and 3.8. The best day was Sunday as it touched almost the 4.0 barrier in the ZCS stats page. (No one watched the Oscars?)

Sphinx is my name,
chasing news is my game.
I like to wander in new lands,
and let the ink flow from my hands.

How about a nice cup of Ka-la-na?

I must have missed the announcement Armando made, but since I wanted to confirm the rumors, I have asked him directly:
“Sure, well it’s no secret that we are currently building to open very soon. I have made the announcement and am currently recruiting”
It would be nice to see Kalana Woods back. It’s a group that has served this game for a long time, even though I can predict some difficulties for the stage of recruitment. There are many groups and lands in GE but not enough players. Many ex-Kalana villagers  play now in Ghosts, and I am curious to see if anyone stills feels nostalgic about a nice drink of Kalana wine. But Armando has consistently proved that he is one of those owners who can gather people around him. May the force be with you dear Kalana Woods.

Speaking of Ghosts, they have been expanding their defenses in a new build. They have recently added two Fanatik castles, one in the North East, and a second one in the South West. 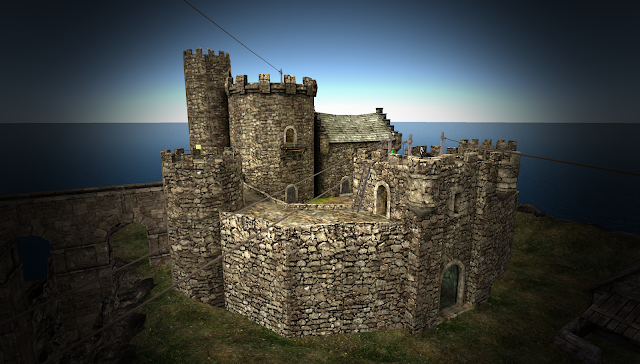 The pioneering thing is that the main entrance in the North East castle is activated by a small bump button on the top of the main entrance door which you need to hit with an arrow to open. Unusual for a one-way main entrance, I believe, but surely it can make things more challenging. 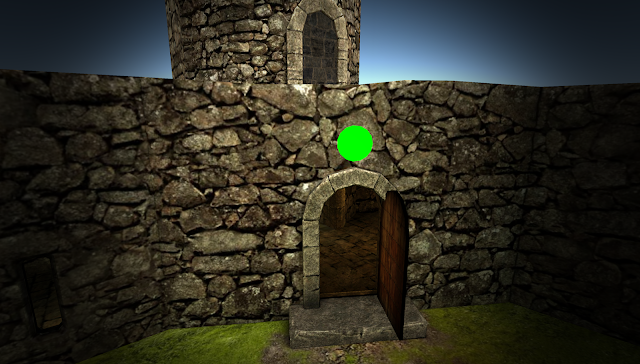 Bump buttons and levers get more popular lately.  There is another one which is used in Turia for cages, which I believe can be found in the marketplace, and another one but a different style in  Skerry. 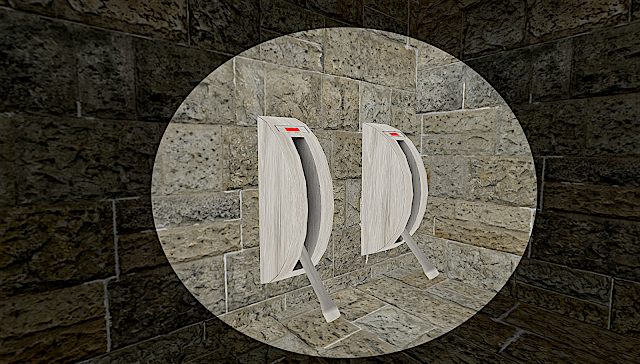 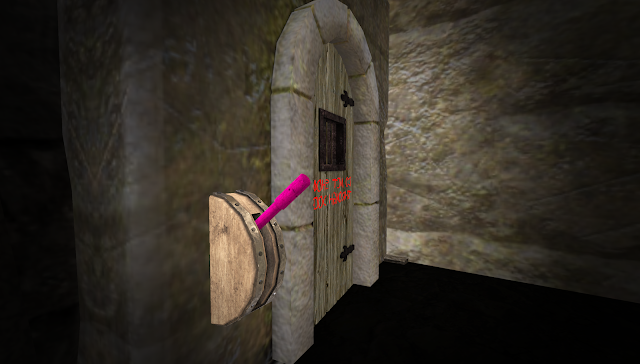 The advantages of bump levers, ladders and doors, are many. They are practical, easy to setup, and less laggy. But the sooner a door closes, the sooner it opens…  The new entrance used in Ghosts rather benefits the defenders I must say. Certainly when you are locked outside and the lovely Ghosties jump on you, you have little time to aim properly at the button and run to hide inside the door…

No we haven’t traveled in the Rhine valley but to a lovely new sim, which has opened its doors the past month. It’s a small group mainly focused on role-play without excluding the pew pew factor.
Sim surrounding truly reminds of the real forested mountain range in Germany, and in the center stands proudly a big impressive castle. 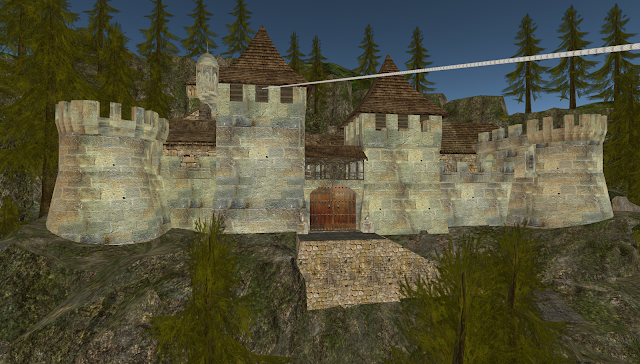 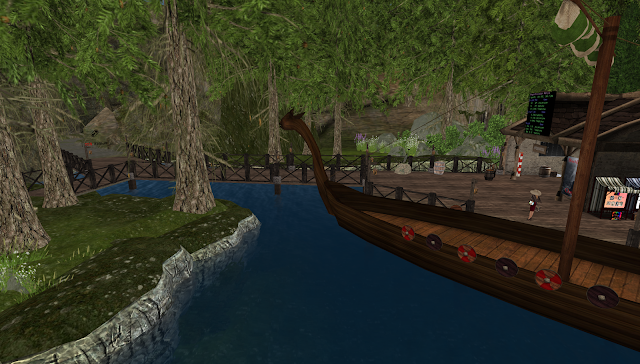 Finally, someone realized that Fanatik prims are not the only builds we can use in this game. There are role-play areas of course, and a big tunnel system (we don’t want those filthy raiders to find us easy? Do we?), “Overall I think it’s worth to take a closer look at this small but cute group. 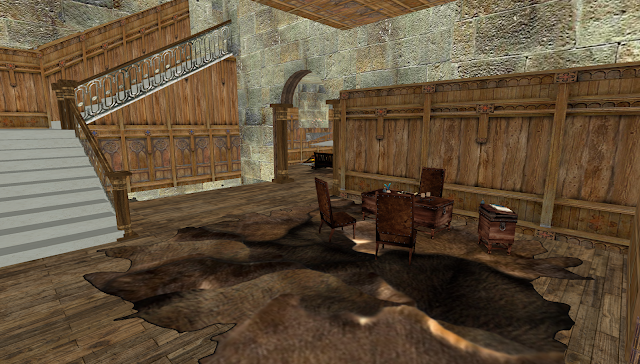 That’s All Folks as Porky would say. Hopefully the Sphinx will return next week with more news, and some interesting interviews! Toodle-oo!

Email ThisBlogThis!Share to TwitterShare to FacebookShare to Pinterest
Labels: GE, Gor, Whats going on in Gor?