Cyberpunk Role-play and The Varuna Project

Cyberpunk fiction gained momentum in the early 1980s—William Gibson's influential debut novel Neuromancer, Bruce Sterling, Rudy Rucker, K.W. Jeter  and Katsuhiro Otomo's manga series Akira are some of the authors and novels most associated with the movement, who solidified cyberpunk as a subgenre. In addition, early films such as Blade Runner and The Matrix Trilogy further popularized this genre, reflecting a new perspective of a technology-induced realm of bizarre, hard-edged and high-tech subculture of hackers and rebels; thus the origin of the movement’s name – high tech (cyber) with counter-culture (punk). Some would label the genre an “expression of postmodernism,” quickly becoming very identifiable by SF fandom communities around the world. Cyberpunk was (and is) the fantasy place for real-life rebels of a suburban life and the testing grounds for new styles of music, fashion and marketing. Although this new art form was celebrated throughout the 80s, the cybernetic movement navigated through troubled times in the 90s— critics called out for the lack of original narratives and cyberfetish surfaced as a distasteful idea of a futuristic dystopia, betraying the roots of cyberpunk. The rapid evolution of the internet and video-games boosted the movement in recent years, and many of the cyberpunks found new ways to communicate and express their art; a cyberspace launched in 2003, Second Life®, was one of them. 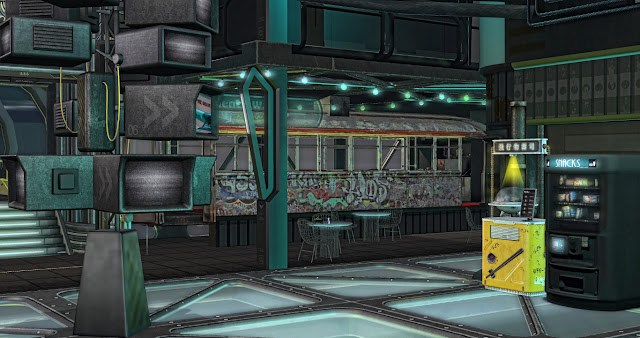 Looking back to 2007 during my first months of touring this virtual world, it was clear that cyberpunk groups and role-play regions had a strong presence in the platform. Hangars Liquides, a cyberpunk city unveiled in 2007, was packed with players at all hours of the day with residents from around the world. The region had an impressive 12-year run, earning an outstanding reputation in and outside the cyberpunk community. Hangars Liquides was just one of many role-play communities available for the punks, but there was competition—steampunk role-play was also a trendy, thriving subgenre to play in Second Life®. 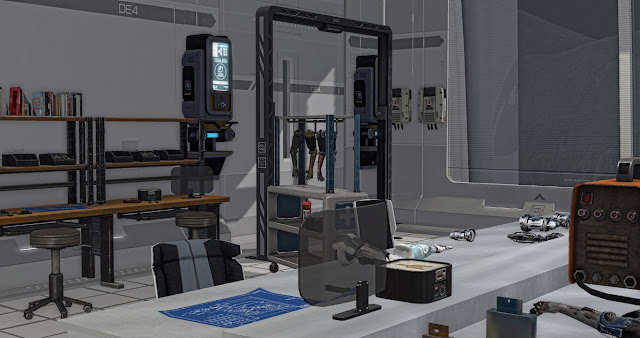 The Varuna Project : Subnautical Cyberpunk Roleplay
As we fast-forward 14 years, it is safe to say that Second Life® wouldn't be the same without this resilient community. Role-players are constantly reinventing their in-game environments, and futuristic-themed content has never been more popular. One of the most anticipated video games for 2020, Cyberpunk 2077, stirred excitement within the community, growing the fan base and a new generation of cyberpunks. After many patches, bugs and glitches, Cyberpunk 2077 never lost ts stellar reputation in storytelling, sound design and voice acting. 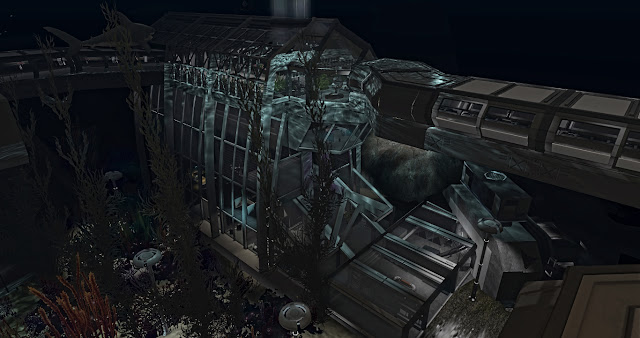 The Varuna Project : Subnautical Cyberpunk Roleplay
In Second Life®, there is a new cyberpunk region you must visit: The Varuna Project. Twenty-thousand feet below the water's surface, role-players are invited to enter an immersive cyberpunk experience like no other. The Varuna Project takes place in 2131, inside a vast underwater resort. Following an aggressive pandemic, this failed urban utopia has become a tumultuous territory for the poor and the rich. The idea of a beautiful and peaceful world may fall apart as you pursue the story of the growing resistance against NANTEC-installed policies. Technology and its implications are part of the surrounding background of a narrative with unpredictable plot turns, and numerous story lines which role-players are invited to be part of and grow. The region's mainline story resonated with me as I kept drifting back to it only a few hours of exploring the submerged grid. 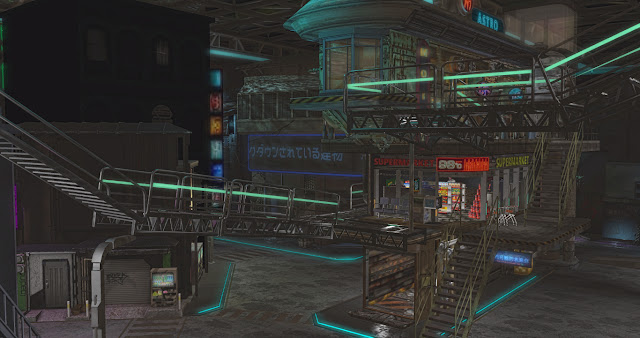 To begin your adventure in The Varuna Project, visit www.thevarunaproject.com and start by reading the details on story that led to present-day: Lore, Introduction, Places of Interest, General Knowledge and Currency & Economics. This first step will give you an idea of what character and story-line you may want to pursue. Getting to know the combat and combat skills comes next and will further help building your character. In The Varuna Project, combat moves are determined by a dice HUD system, rank and corresponding HP and a set of skills you will chose from the Characters Sheet list—at first, role-play combat can be confusing for new players, but don't let this steer you away. This form of combat will enhance your experience and bring a positive interaction between you and other players.
As your cyber alter ego comes to life, submit an easy and quick application at Varuna Project Character Creation, dress up your avatar accordingly, and take a dive in the deep waters of Unda Presha region. 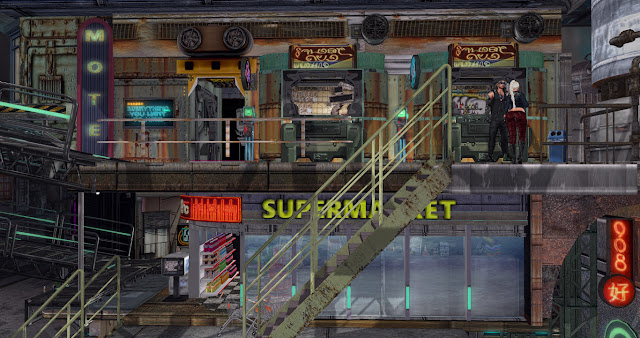 The Varuna Project : Subnautical Cyberpunk Roleplay
The Varuna Project gives a fully-realized glimpse of humankind’s digital future, challenging our assumptions about technology; a required visit for anyone who is a proud science fiction fan. 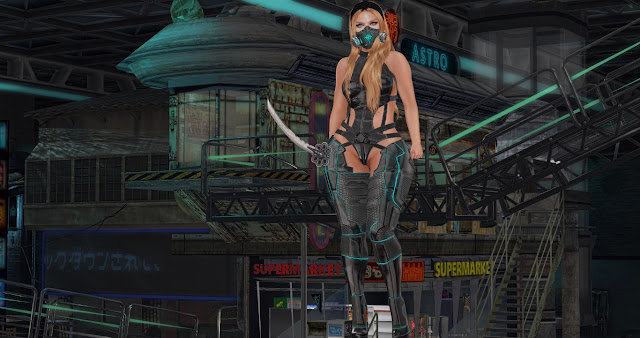 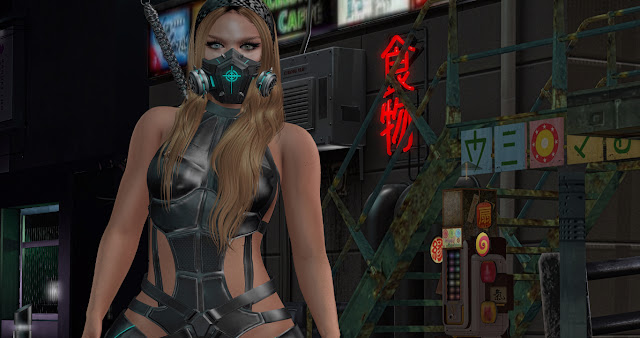 Second Life® is a trademark of Linden Research, Inc.
Posted by PewPew Zero at 10:02 PM